MIND + MATTER STUDIO is a brand strategy firm launched by
long-time business partners Rachel Bellow and Suzanne Muchin.
An exclusive consultancy, Mind + Matter Studio works with courageous
leaders who are up to something big, and are determined to make it matter.

With over 25 years of experience working at the intersection of social impact strategy and communication, we are trusted thought partners for our clients. In turn, we trust that they have the commitment, courage, and connections necessary to pursue the work to its fullest potential.

WHAT OUR CLIENTS CARE ABOUT

Our clients are driven by a passion to address an issue or idea that
makes the world more beautiful, equitable, enlightened or sustainable.
We work with business leaders, thought leaders, entrepreneurs,
game-changing non-profits and the investors who support them.

WHEN YOU NEED US

You’ll feel most comfortable in our hands when you’re preparing
to launch a big idea...or if you’re trying to figure out why your big idea
isn’t mattering in the way you know it could.

At those moments, we offer the following:

When you engage Mind + Matter, you get the full focus of its two principals,
Rachel and Suzanne. For this reason, we select our projects carefully,
using criteria related to the potential for significant social impact,
market timing, leadership commitment, organizational readiness and
our own background knowledge of the issue area.

By 2007, Dr. James Heckman at the University of Chicago had won the Nobel Prize in Economics. His rigorous empirical research to determine effective human capital policies and program design helped explain the origins of major social and economic problems related to inequality, social mobility, discrimination, skill formation and regulation. His models addressing investments in early childhood education were particularly powerful, and yet they were nearly impossible for the lay audience (policy makers, advocates, business leaders, philanthropists) to grasp. Therefore, the field of early childhood education could not take advantage of this extraordinary resource for shifting public policy and private program investment.

In partnership with Neimand Collaborative, we created an identity strategy and umbrella brand for Professor Heckman’s early childhood-related work: The Heckman Equation. We activated that brand by building a robust communications platform that includes: website (www.heckmanequation.org), nine-part video series, promotional print, and other communication tools.

The brand and its products have been adopted and used by tens of thousands of advocates across the country. Influenced by Professor Heckman’s message, the Federal Government allocated $500 million to the establishment of the Early Learning Challenge Fund within its “Race to the Top” program, in May 2011.

In 2007 there was little to show for the millions of dollars invested by private and public sources in workforce development of the 35 million out-of-school/out-of-work young adults who are qualified for, but often can't find, entry-level jobs that lead them to a career path.

Recognizing that this problem required a mulTidimensional approach (vs. a silver bullet) where several simultaneous strategies could be tested and analyzed, we designed a cluster of laboratories to develop and test solutions in five different locations, each using a different hypothesis related to the core problem to solve. We ensured that a central group was responsible for knowledge sharing among the labs, while also designing a national campaign to frame the problem through which these young adults were viewed as liabilities to be minimized, to one that suggested a solution for the entry-level challenges facing employers. As part of our work, we helped rebrand disconnected young adults as “opportunity youth.”

The three-year initiative resulted in a sea change both in terms of programs (from the labs) that were scalable, as well as a broad-scale engagement campaign, supported by the Ad Council, targeting both the young adults and prospective employers. Since the NOP project was launched, there has been extensive movement in support of opportunity youth, including the Starbucks-led “100,000 Opportunities” initiative. 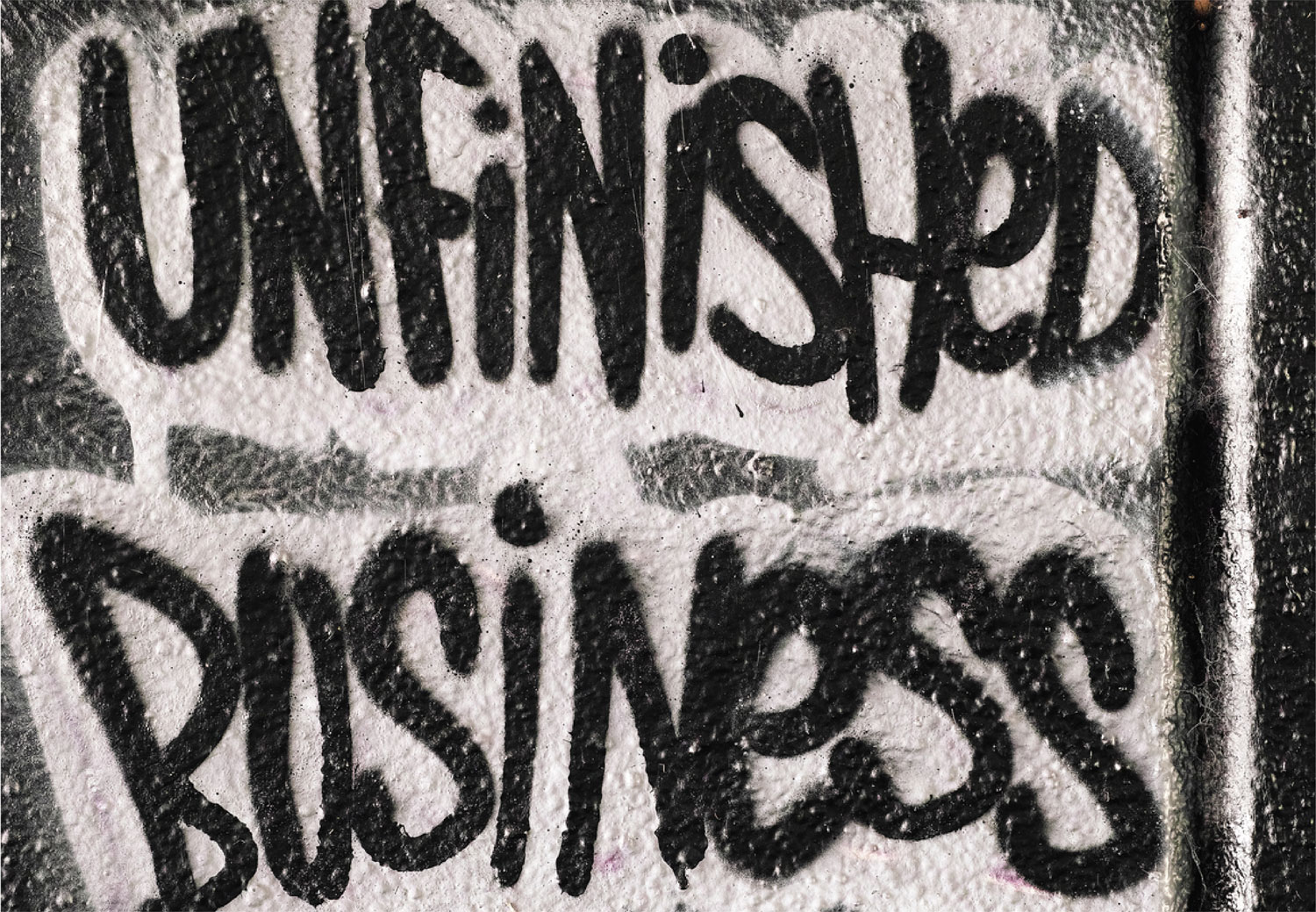 CREATING THE CONDITIONS FOR
A THRIVING ENTREPRENEURIAL ECOSYSTEM

Entrepreneurship in Chicago and the Midwest was emerging as a distinct and promising phenomenon, which had the potential to be a magnetic draw for national talent. Several organizations were working to create greater momentum around entrepreneurship in the city, including the Chicagoland Entrepreneurial Center and World Business Chicago, with support from Mayor Rahm Emanuel. Yet even as tangible progress was being made, organizations and insititutions in the emerging entrepreneurial ecosystem were struggling to build effective brands and communicate their messages in ways that would attract talent, investors, corporate partners and other stakeholders. It was also important to many of the leaders of the movement to ensure that the broader entreprenership community had a shared set of values that were unique to Chicago and the Midwest.

Mind + Matter has become one of the most active and trusted strategists and communication partners in the entrepreneurial ecosystem in Chicago. Over the last seven years, we have worked with the Chicagoland Entrepreneurial Center (CEC) to develop their impact strategy, developed the core values and brand messaging for 1871, supported the strategy efforts of Future Founders, helped craft the strategy for the recent Blackstone project, and developed the brand messaging for MATTER and mHub. 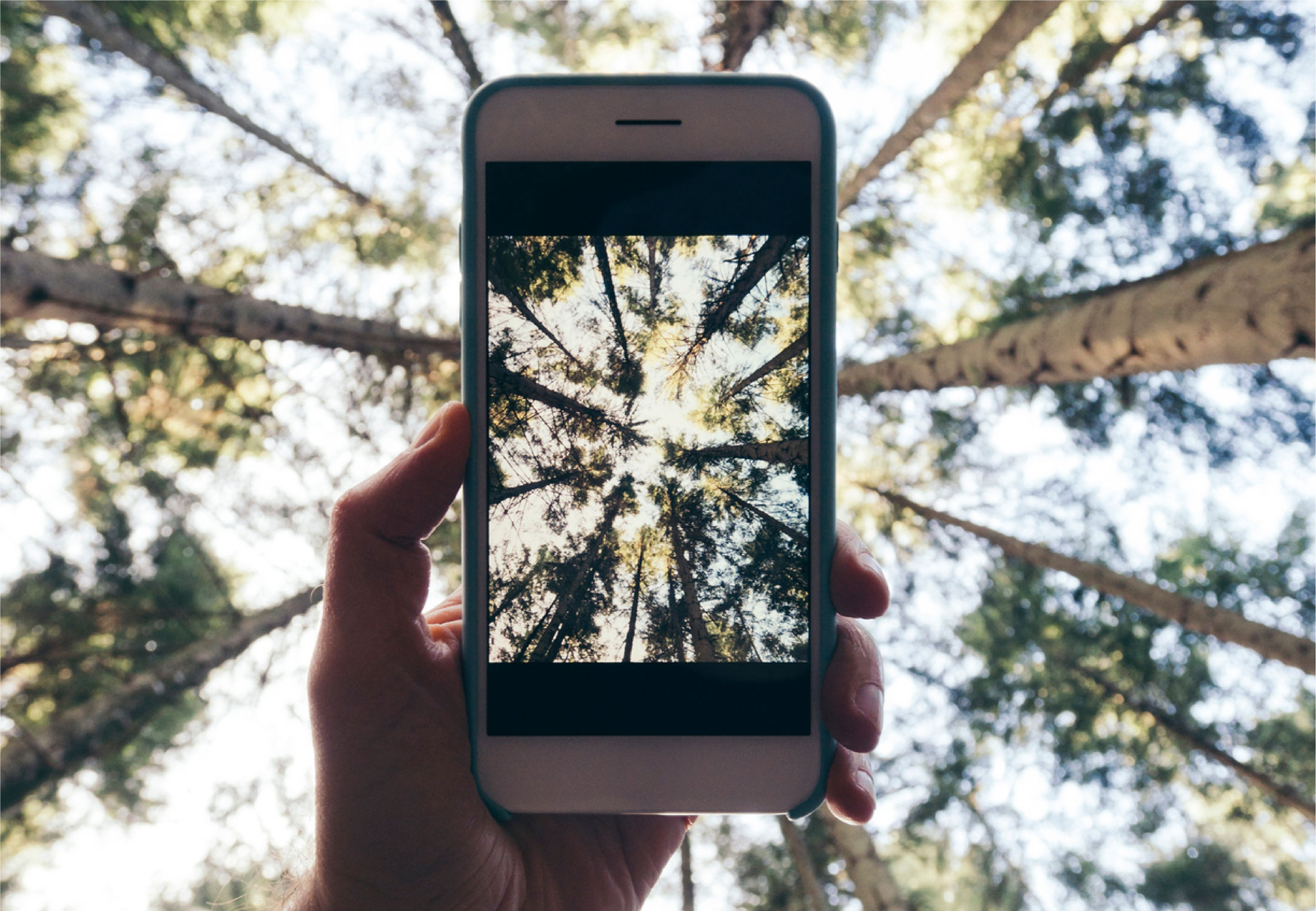 SETTING THE STAGE FOR
A NEW AMERICAN MUSLIM IDENTITY

The American public has very little knowledge or experience of American Muslims. This gives rise to fear, violence and inhuman policies. As both cause and effect of this situation, the American Muslim community is vastly under-represented in civic life, public intellectual discussion, popular culture and business.

Working with The Pillars Fund from its earliest days of formation, we helped develop the organization’s strategy, visual identity, brand positioning and messaging.

By 2011, the theories and practices that support Social and Emotional Learning had begun to show signs of success in schools across the country. The evidence was unimpeachable, and yet the concepts, language and emphases of SEL were not widely understood, and therefore lacked the broad support by educators, superintendents, parents and students themselves required to have this learning framework adopted nationwide. A way of understanding, embracing and adopting SEL was needed in order to enlist new stakeholders and advocates.

Following a year-long intake process involving surveys, focus groups and other forms of evaluation and assessment, we determined that a brand activation campaign was required to reframe Social and Emotional Learning (SEL) and to unite closely-allied, but currently competitive, movements in education reform behind the underlying principles of SEL. To create more demand for our public schools to become learning environments that reflect the principles of SEL, we developed a national activation campaign — Unite the States of Learning — intended to stimulate a national conversation about education, aligning that conversation with the principles of SEL and generating a wide variety of actions associated with its promotion and adoption. This campaign was embedded in a strategy called an “Influence Accelerator,” which was an innovative approach to creating social impact around an abstract idea.

While our original campaign could not be launched by the original investor (for complicated political reasons beyond our control), our work has now been embraced by the leading organization in the SEL field — the Collaborative for Social and Emotional Learning — and used as the basis for its newly-developed influence strategy. In 2016, we were asked by the Aspen Institutes's National Commission for Social, Emotional and Academic Development to design a national campaign strategy to promote the importance of SEL to key stakeholders in education. The campaign will work to align stakeholders around a shared pursuit, influence policy decisions in K-12 education, and engage the public in a productive dialogue around the outcomes we seek for all children in our education system. 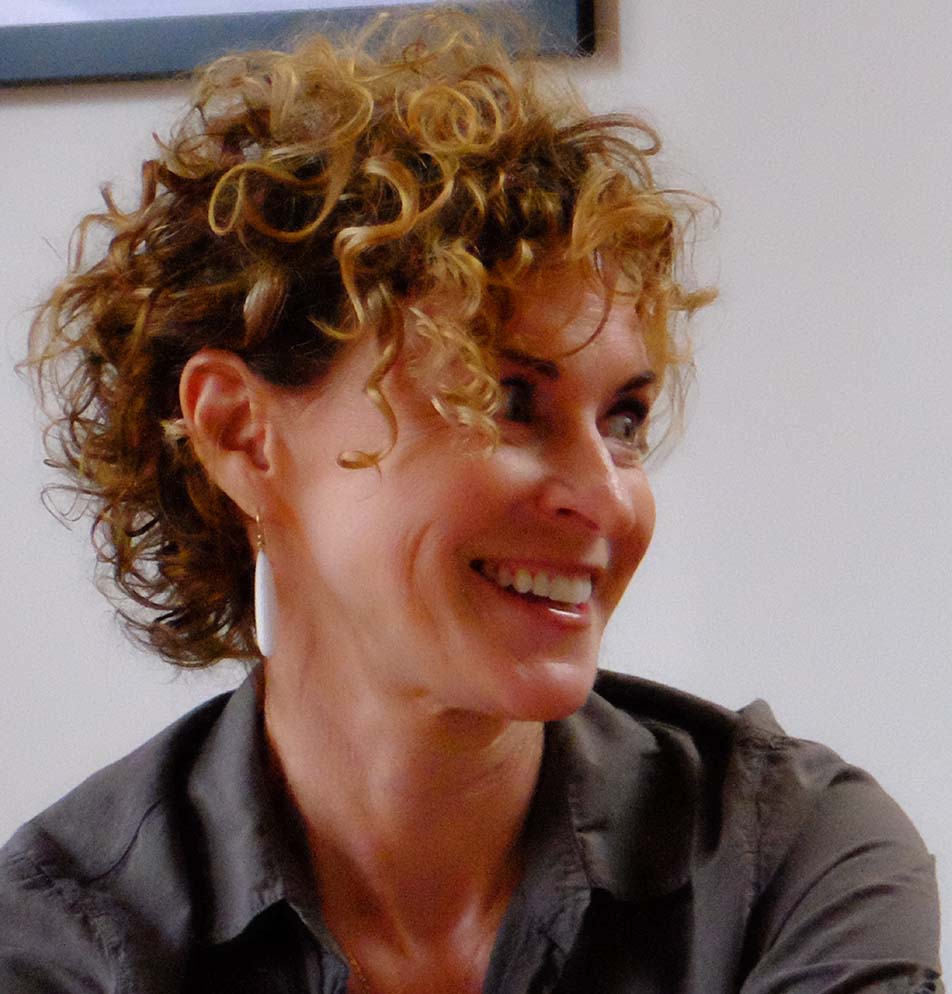 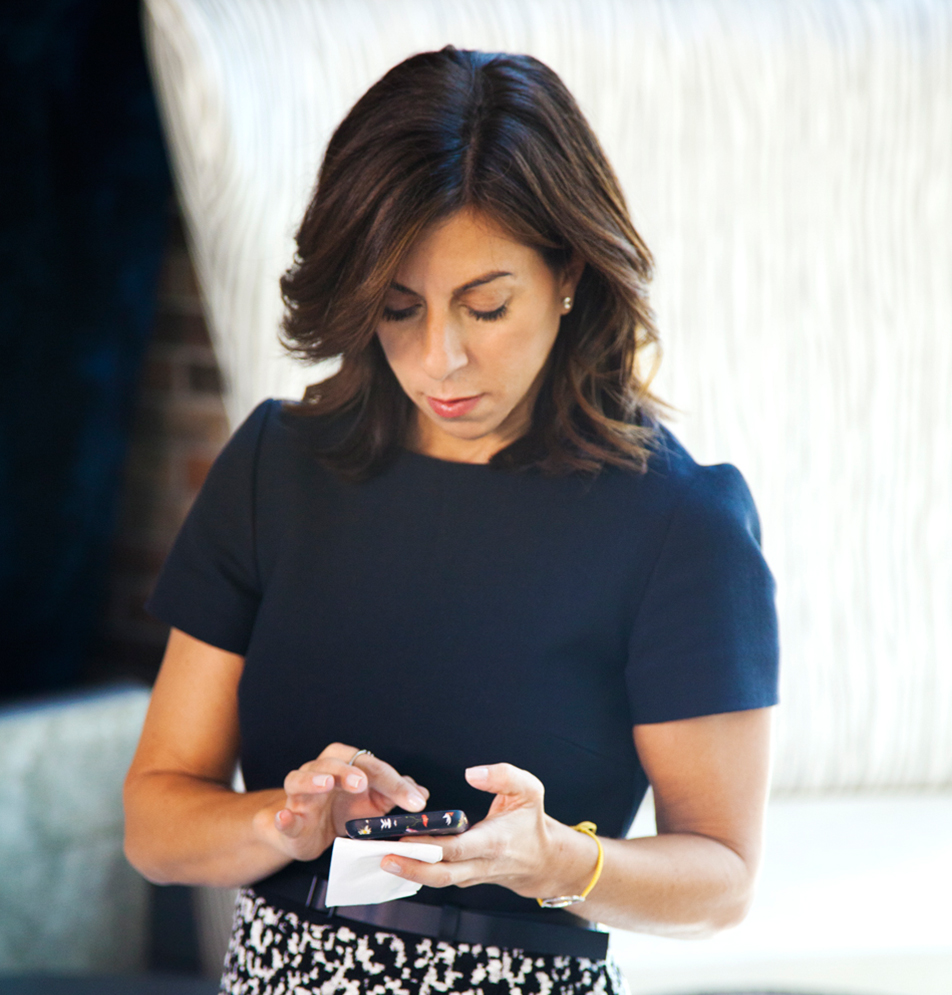 A podcast that offers work wisdom
to help you feel better, do better and be better, on the job and off.
THAT’S THE BIG PAYOFF.

The Big Payoff podcast is a weekly podcast hosted by long-time business partners and best friends, Rachel Bellow and Suzanne Muchin — brand strategists who have launched and sold six companies and raised over $100 million on behalf of big ideas.

Each episode takes a look under the hood of the common behaviors and habits of working women. Through personal stories of triumphs and tribulations, hilarity and humiliations — sometimes seen through the sharp lens of guest experts — these two irreverant friends always lead the listener to indelible lessons that they can use to get ahead...in work, in life, alone and with others.

Our clients include these courageous leaders and their companies/organizations.